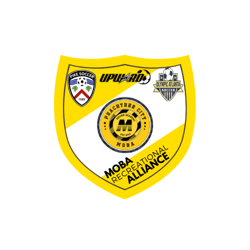 “We could not be more excited to be a part of each club’s development and role they play within their communities. The recreational and grassroots programs are where it all begins and without excellent recreational programs there is no pathway to the next level. We hope that the effort we can contribute will help provide the best and most enjoyable experience for each player and their families,” states Michael Rodriguez, Sporting Director of MOBA Soccer.

The Recreational Alliance with these clubs starts immediately and will include continuous support in coaches’ training and curriculum, including access to MOBA’s facilities and events hosted at MOBA. Players and parents of the Recreational Alliance under MOBA will become part of MOBA Soccer’s philosophy and passion for the game and will include mentoring programs through MOBA USL-2 and WPSL college players.

The MOBA Soccer Academy is based south of Atlanta in Peachtree City. The Soccer Complex includes turf fields, stadium seating, locker, strength and conditioning, teambuilding and conference rooms.  The facility offers newest technology for coaching and referee sessions, meetings, technical sessions and video analysis lectures. MOBA’s program includes their youth elite soccer program for players ages 10 to 19 and its own USL-2 and WPSL team Peachtree City MOBA. Its values of family and community are an integral part of how MOBA runs its events, youth and adult programs, and supports the local community.

Pike Soccer, Inc has been providing youth recreational soccer in the community since 1989.  Started by a small group of volunteers with a love of the beautiful game, the club has grown to serve around 300 youth each season.

Olympic Atlanta Soccer Club, Inc. (OASC) was founded in 2013 with a team of individuals that had a vision and a level of standards for the South Fulton County area.  OASC today serves Fulton and Clayton County and has become an organization designed to promote soccer as a youth sport from ages 3-19. OASC focuses on educating children on soccer skills, team play and sportsmanship through a variety of recreational, developmental and/or competitive programs. OASC strives to train the minds, bodies, and spirits of the boys and girls of the community for the purpose of developing their capabilities, while providing supervised athletic contests and/or games and tournaments. a Soccer Club, Inc. (OASC) is a and enjoyment.

The Upward Sports Recreation program focuses on building a healthy, competitive spirit while encouraging and inspiring players to look ahead to their own personal journey with excitement and energy. The soccer program is for players from 4 to 13 years old. Recreation athletes will develop their skills and love for the game but will also develop strong character and lasting faith.  The mission at New Hope is to provide quality sports programs for the entire family in a Christ-centered environment.