Peachtree City MOBA WPSL Team is happy to announce the signing of forward Alyssa Beck to our roster! From Roswell, Georgia,, Alyssa formerly played soccer for Centennial High School as a four-year letter winner. Awarded three-time All-Region Second Team selection in 2013, 3014, and 2015…Region Champions in 2014…Served as FCA Leader..Competed and played for five years as a forward for Atlanta United ECNL..Team captain in 2014. Alyssa signed to play for College of Charleston. 2016 Freshmen highlights…played 365 minutes across 15 games for the Cougars…Registered seven shots over the course of the season…2017 Sophomore highlights…played 1119 minutes across 18 games with 17 stars as a forward…registered 4 goals and 2 assists over the season…recorded a SOG percentage of .667. 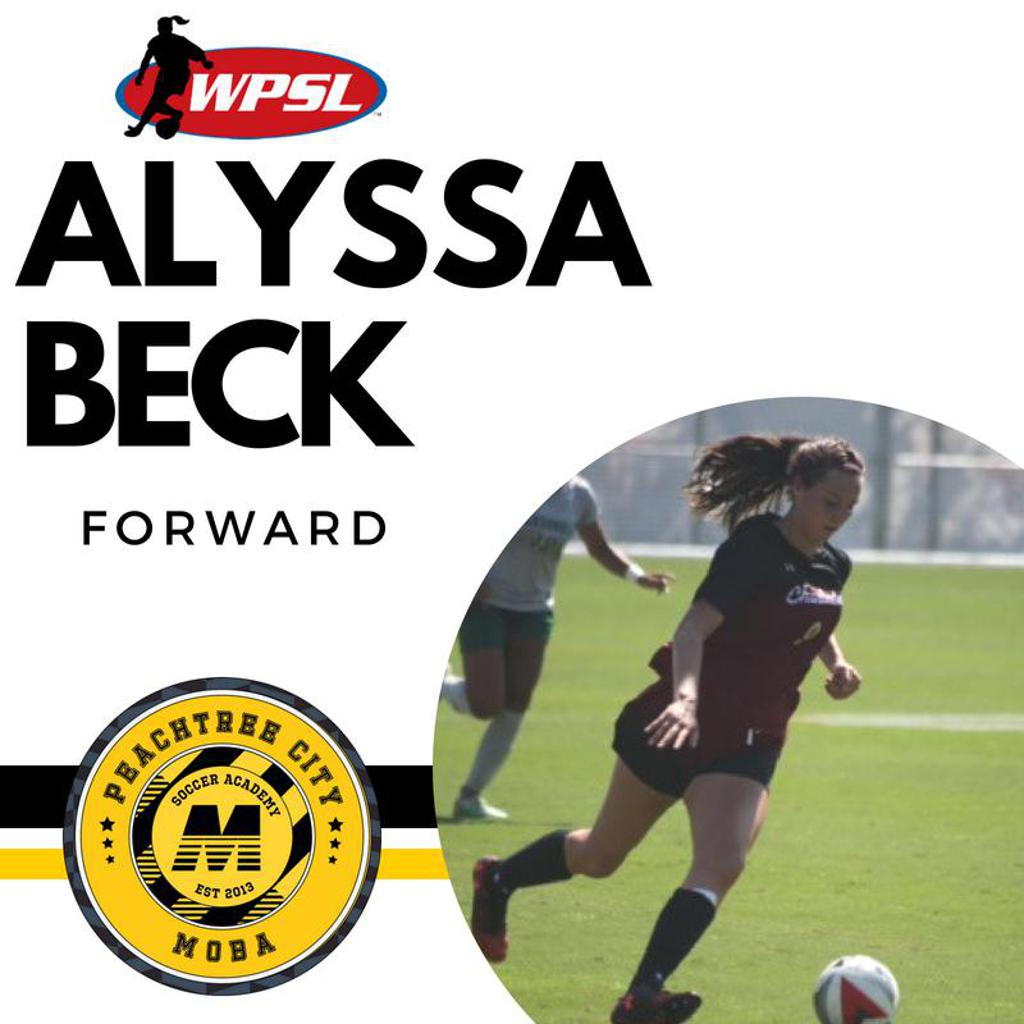