Peachtree City MOBA WPSL Team is excited to announce the signing of forward Elexa Bahr. From Georgia, Elexa is a sophomore playing for the University of South Carolina. Her sophomore year highlights are SEC Offensive Player of the Week (Week 4), SEC Offensive Player of the Week (Week 10), and SEC Academic Honor Roll.  She made the start in each of Carolina’s 23 matches, tied for first on the team with a career-best eight goals, sported career highs in points (17) and game-winners (4), both of which ranked second among Gamecocks.

Prior to her college career, Elexa was a member of the Honduran U20 National Team for the 2015 World Cup Pre-Qualifer games. She played club soccer for Gwinnett Soccer Association (GSA) 98 under head coach Chapman Campbell and helped lead GSA 98 to the 2014-15 Southeast Conference Championship. She competed in the GA ODP as well as the Region III player pool for five years, was a four-year letter winner at Buford High School under head coach Andrew Eager and earned All-County honors in her first three years at Buford after helping the program capture the Regional Championship each season. She was named the Player of the Year for the 2014-15 season and received the Buford Excellence Award as a junior.

Elexa's father Alex played professional soccer in Honduras and Mexico and for the Atlanta Silverbacks. 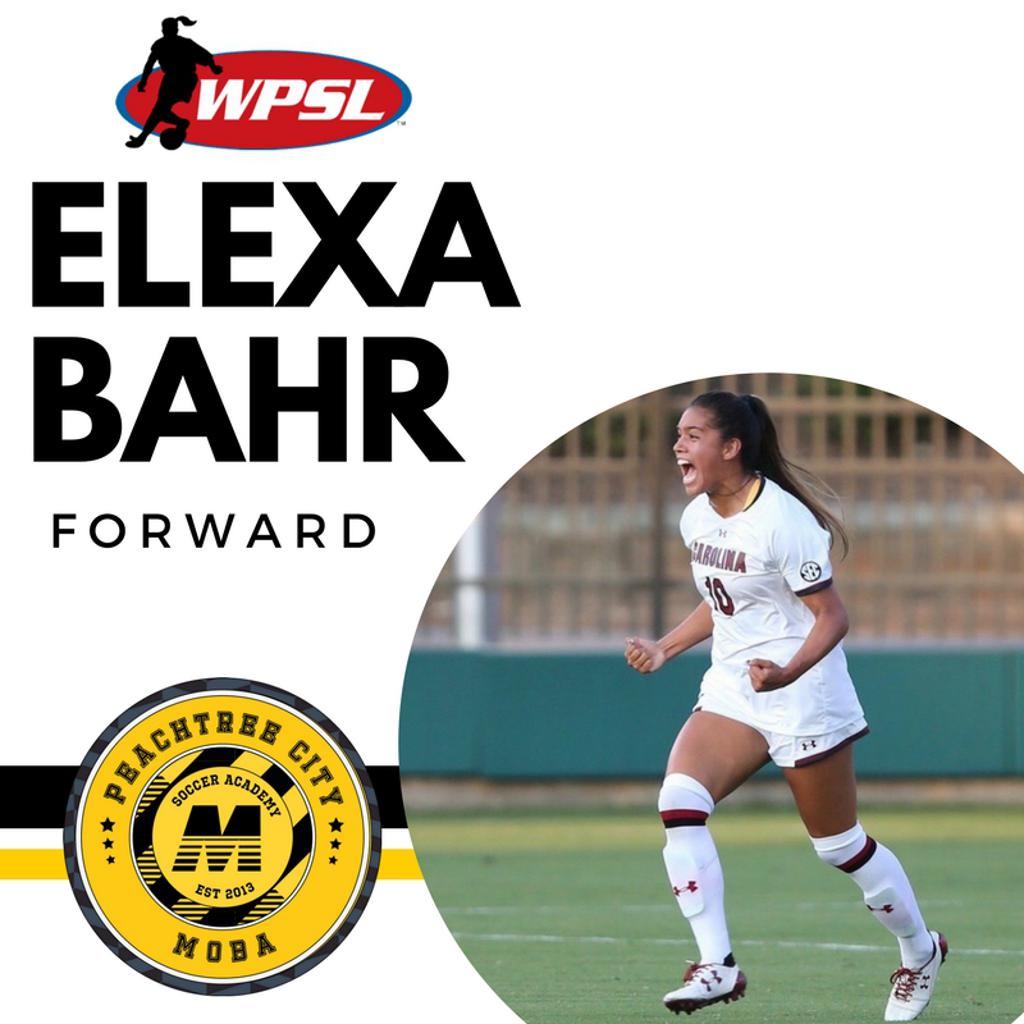