Peachtree City MOBA WPSL Team is excited to announce the signing of Emma Carlson to our 2018 roster! Defender/midfielder from Georgia, Emma plays collegiate soccer at Duke University!  Emma traveled to England with her Region III ODP squad, made the trip to Germany in 2013 with the Region II ODP team, and was part of the Region II ODP team that traveled to Costa Rica in 2012. Formerly ranked No. 58 in the class of 2016 by TopDrawerSoccer.com, listed No. 7 overall in the South Atlantic Region, 108 goals and 36 assists in her prep career, Gwinnett Daily Post Co-Girls Players of the Year in 2016, NSCAA All-America, three-time Gwinnett County All-Region Midfielder of the Year in 2013-2015, three-time Goal Club Coaches All County Team, served as a captain her sophomore, junior, and senior year at Parkview High School where she helped lead her team to the 6A Championship,  Gwinnett Super Six honoree, and GSA ECNL Nationals from 2012-15. 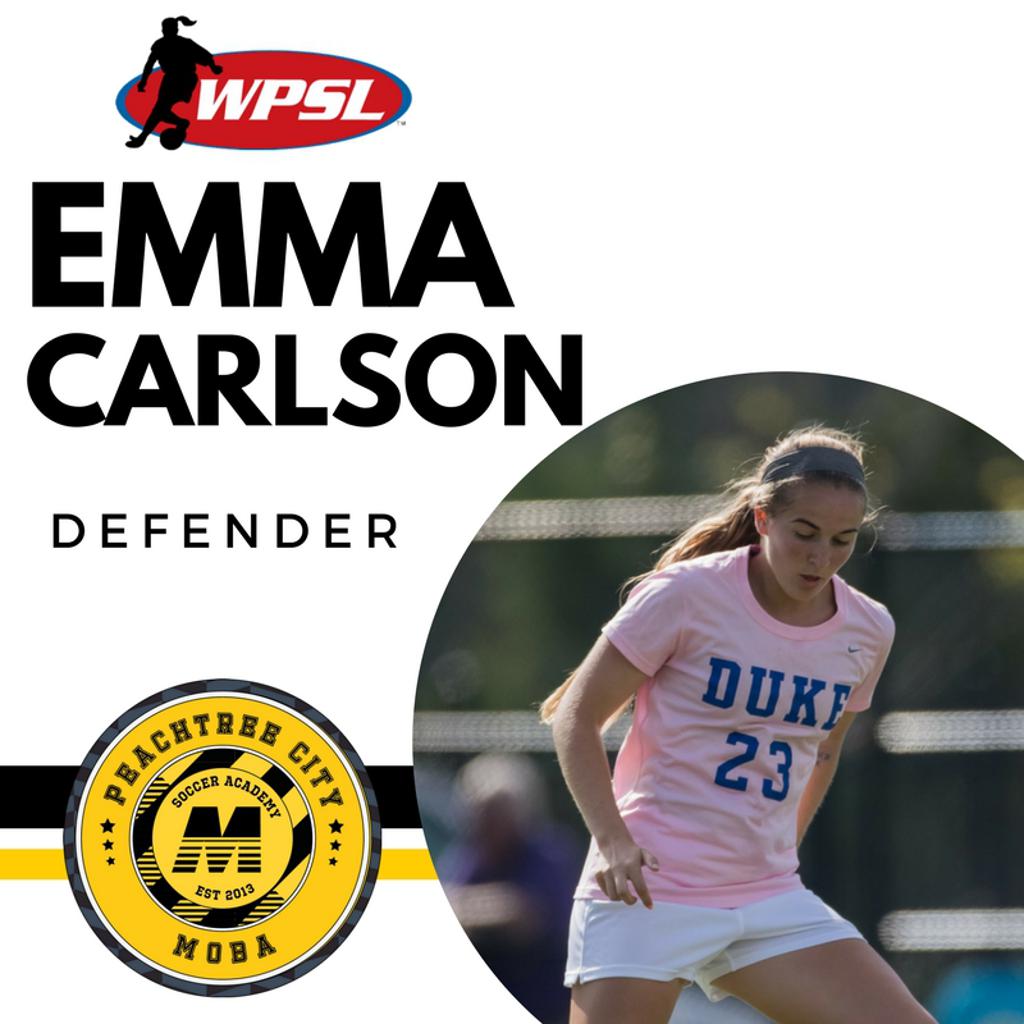