Peachtree City MOBA's WPSL Team is excited to announce the signing of Charlotte McCormack, a goalkeeper and women's soccer coach! Charlotte was born and raised in Ireland and came to the US in 2012. Her playing career includes playing for local club, county, and regional teams in Ireland and the IrelandU19 team in 2008-2011. She also played in the inaugural season of the Irish Women's National League, as the starting keeper for Wexford Youth Women's FC in the 2011-2012 season. As a starting keeper and captain, Charlotte played for Clayton State and received All-PeachBelt and Goalkeeper of the Week. Her junior year she travelled to San Francisco and joined the Irish Women's Team to face  the USWNT in 2015.

Currently, Charlotte is a Clayton State graduate and the Assistant Women's Soccer Coach at Clayton State. She continues her playing career in the GA women's league since fall of 2017 while seeking a higher level playing opportunity. Welcome to our #wpsl roster! 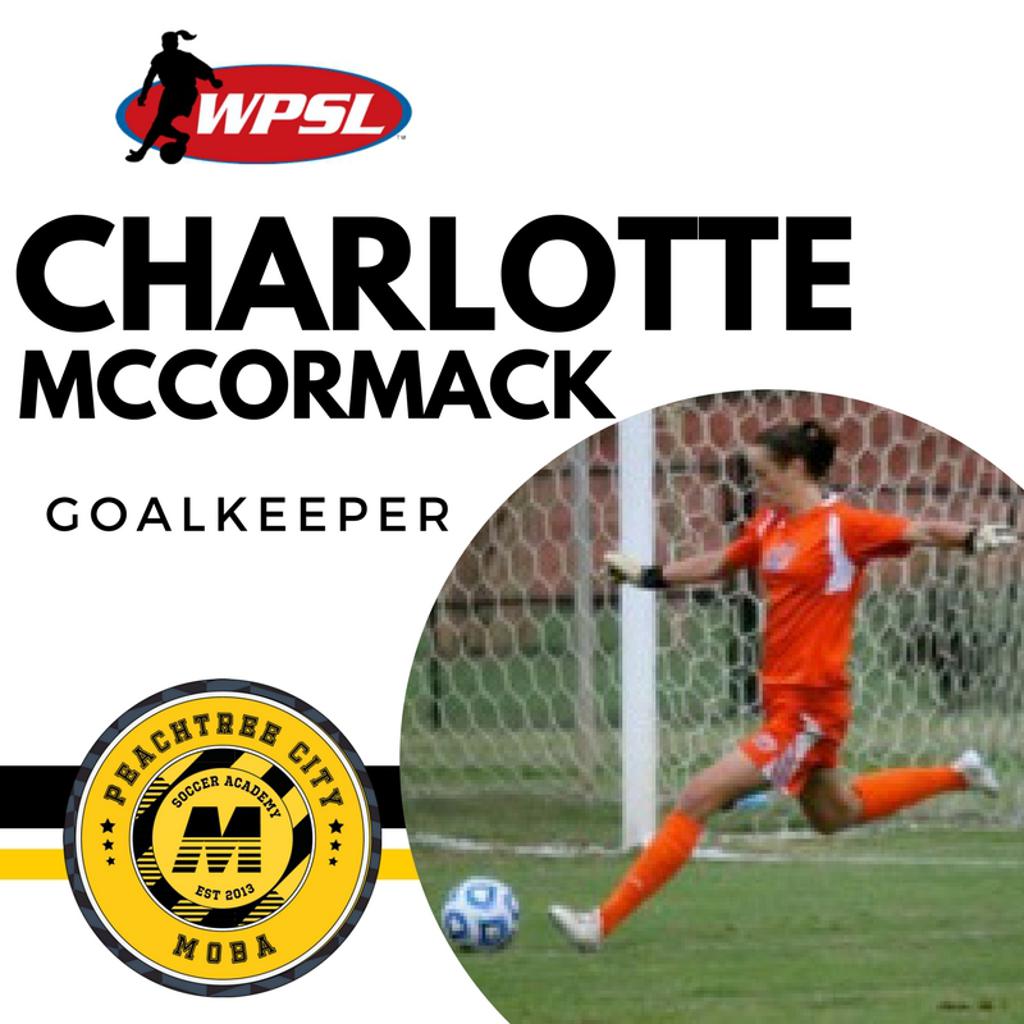