Peachtree City MOBA of the PDL is excited to announce the signing of Chris Mikus! Chris is a Georgia native and sophomore at the University of Memphis. During his playing career, Chris has been AAC Rookie of the Week, ranked #1 player in South Atlantic region of US by Top Drawer Soccer in 2016, ranked #79 over player in 2016 class by College Soccer News, and Development Academy Southeast All-American in 2014. Chris also trained internationally in Chile with Colo Colo and in Portugal with Sporting Lisbon. 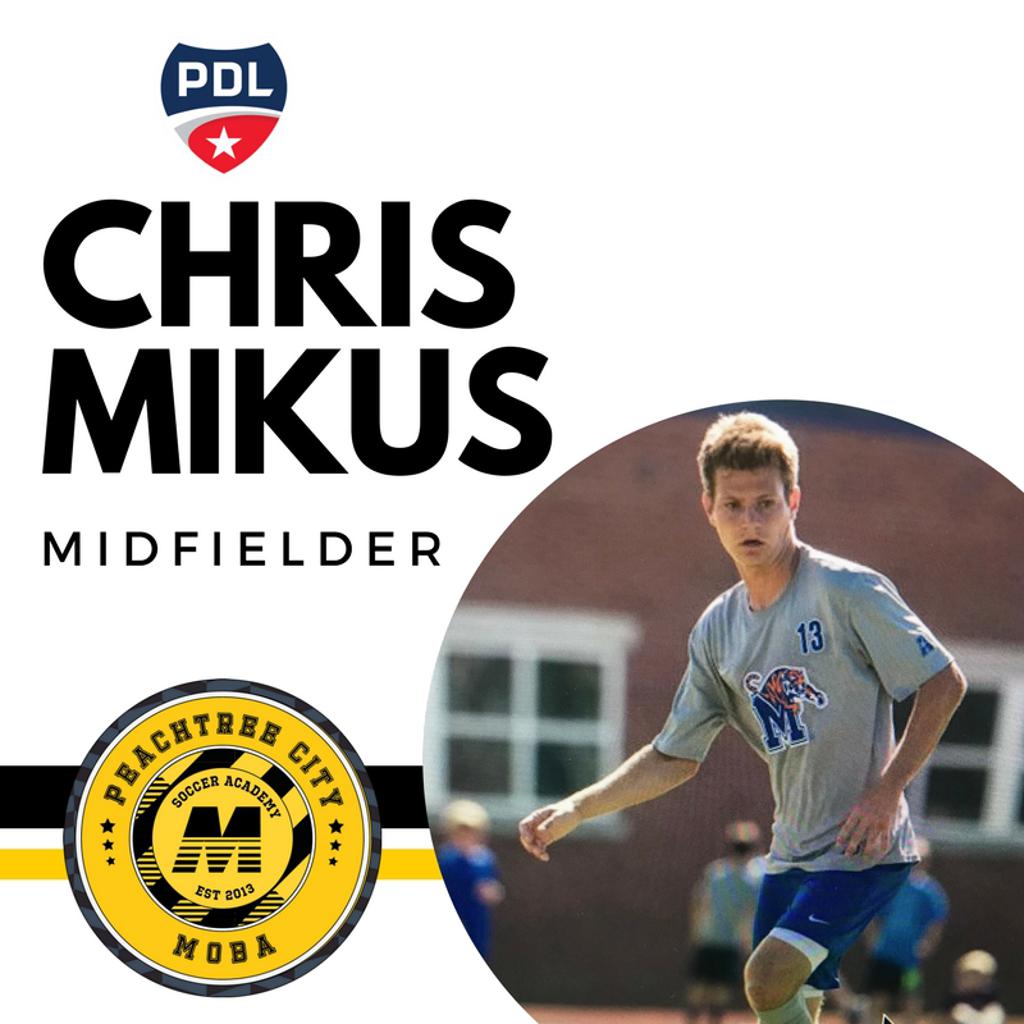